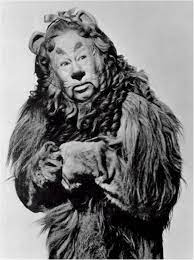 Today Arizona Republican nutjob representative Paul Gosar was censured by the House of Representatives for posting an anime video in which he killed Democratic representative Alexandra Ocasio-Cortez and threatened President Biden. The vote to censure followed along party lines except for Reps. Liz Cheney and Adam Kinzinger. Every other Republican in the House voted to approve of Gosar’s behavior.

It has been 10 days since Gosar posted his violent threat on social media and not one single Republican member of the Senate or House has criticized or condemned him, except for Cheney and Kinzinger. The Republican leadership not only didn’t condemn him, but they also defended his right to threaten a fellow member of Congress and the President of the United States, calling his action “a joke”.

While the Republicans were supporting Gosar’s threats of violence they were condemning the 13 members of their caucus who voted for Biden’s infrastructure bill. I guess it’s okay to threaten to kill your fellow congressmen and the President, but it’s a crime to help the American people!

Gosar’s family has been very vocal concerning his actions, calling for him to be censured and expelled. They have called him dangerous, a traitor and in need of psychiatric help. But his fellow Republicans hold him in high esteem.

This is not the first time Gosar has gained notoriety for his extremist views. He is known as a staunch Trump supporter and a strong promoter of “the big lie”. He has offered support for the January 6th insurrection as well as the white nationalist rally in Charlottesville that turned deadly. He makes no bones about his support for white supremacists. It makes absolute sense that Gosar would violently threaten Rep. Ocasio-Cortez, being that she is a woman and she is a person of color.

Why has the Republican party descended into a hateful, immoral, crime-supporting cesspool? Is it because the Republican leadership and rank and file are terrified of Trump and his psychopathic degenerate followers? Or is it because they value power over morality and service to their country and their constituents? It’s probably a combination of both.

It is not really a surprise that Republicans have acted like a cabal of immoral, slithering vermin, in tacitly supporting violence and criminal behavior on behalf of their party members. But what is surprising and frankly terrifying is that a majority of the American people are viewing this as normal for our times.

For those who think that Gosar has learned his lesson or that Republicans will take this as a warning to clean up their act, you are wrong. As I was writing this article Gosar retweeted his violent video! If anything ever happens to Rep. Ocasio-Cortez, it will be the fault of Gosar and all of his Republican colleagues who allowed it to happen. It will also belong to anyone who ever votes Republican again.

You can follow my other writings, as well as read works from many other talented writers by becoming a member of Medium. If you would like to sign up for a Medium membership (I will receive part of your membership fee) please click here