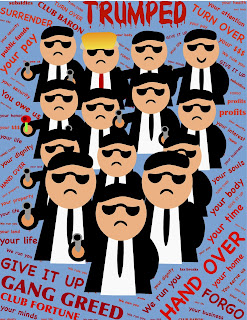 Image by John Hain from Pixabay

With the election just a few days away my fears about the outcome are becoming more realistic. The normal headline-grabbing “October Surprise” never happened, but maybe an “October theft” did happen.

The Supreme Court in the past couple of days ruled that absentee ballots in Pennsylvania and North Carolina must be accepted after November 3rd. The media declared the rulings as victories for the Democrats. The Democrats openly rejoiced. And others declared a victory, not for the Democrats, but democracy. But the rulings could be a victory for Trump.

The Supreme Court rulings may, in reality, be a short term victory for voting rights. The dissenting justices, Alito, Thomas, and Gorsuch implied that the decision could be revisited up to 3 days after election day and possibly invalidate those ballots. Newly seated illegitimate justice Barrett didn’t vote at this time saying she had not read the arguments in the case. We all know if there is another vote after the election, and it is apparent that Trump is losing by a small margin in Pennsylvania and North Carolina, she will vote to invalidate the late ballots.

Merely by intimating that SCOTUS could reconsider their decision, it is a clear sign that some justices are ready, willing, and able to nullify the results of the election if it becomes apparent that Trump will lose. Unless Trump is losing in a landslide there is a strong possibility that once again he will steal the election. This time with a corrupt Supreme Court.

It’s too late to vote by mail, so anyone who hasn’t voted yet need to place their absentee ballots in a dropbox, vote in early voting, or vote in person on election day. The fate of our democracy is at stake. If Trump is allowed to steal our votes, God knows what else he will steal from us.