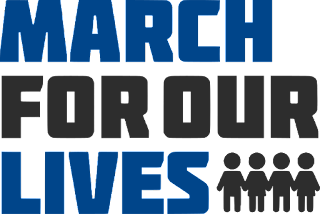 Sunday, March 24th, marches against gun violence were held in over 800 cities in the US and around the world.  The largest of these was in Washington, DC, where over 800,000 people attended.  All of these marches were organized by mainly high school students. In Washington no adults were allowed to speak or even be on the speakers platform.  For the first time since the Vietnam War I joined the protesters, with my husband, in the city of Rochester, where we live.  It was truly amazing to see a crowd of over 5,000 supporters gathered in the cold windy Washington Park in downtown Rochester, NY to lend their voices to students all over this country trying to stop the senseless gun violence that is ravaging our country.

Taking part in this march were people from all walks of life, all economic levels, all races, all religions and all ages.  For me it brought back memories of the marches and protests against the Vietnam War and I am sure there were many people there who felt the same.  Seeing and hearing the young people who organized this march gave me hope that this generation of young people will save our country from those who want to destroy our democracy.  As my generation put an end to the dying of the Vietnam War and countless young people who  marched with Martin Luther King to end racism and give millions their civil rights, this generation of young people will put an end to the senseless gun violence that is killing our young people, especially youths of color.  Their fight to end the NRA’s ownership of our Congressional leaders through the ballot box will send a message to politicians that they are responsible to ALL people in this country not to NRA and any other special interest groups with the money to buy or government.

The NRA, the politicians owned by them and the far right racists and bigots are now afraid, as proved by the cruel, vile, disgusting and obnoxious attacks from the likes of Fox News and their ignorant minions.  The scum at Fox, such as Laura Ingram and Sean Hannity are not attacking the ideas of the students, but attacking the students themselves.The adults in the room are not the adults, but the children. 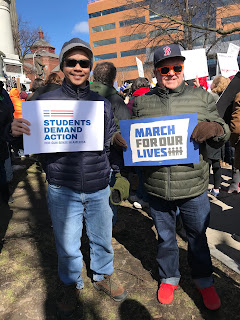 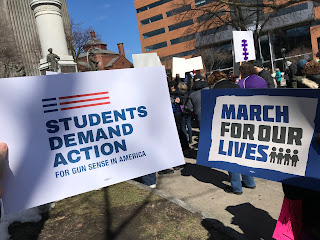 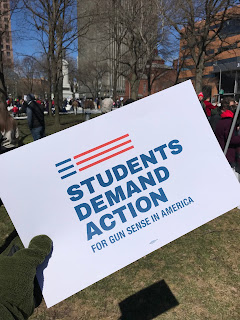