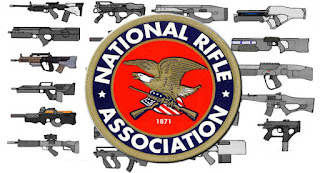 When we were in school we learned that there are 3 branches of government, the Executive (the President), the Legislative (the Congress) and the Judicial (the Supreme Court). We learned that the Executive branch executed the laws made by Congress, or the Legislative branch and the Supreme Court reviewed the laws.  These responsibilities are laid out in our Constitution and have been since the adoption of our Constitution.  These facts are always taught in American civics classes in all US schools and are actually questions asked on the US Citizenship test that all immigrants must take to become Naturalized Citizens.

But if someone answers the question about what branch of government  is responsible for making our laws by saying the Congress, they now would be answering incorrectly.  Over the past couple of decades this has changed and since the Trump Administration came to power with a Republican majority in Congress the answer of the Congress being responsible for making our laws in now invalid.  Thanks to the GOP, selling their responsibilities, there is a new branch of government.  That new branch is the National Rifle Association.  Yes, now the NRA is responsible for making our laws.  Thanks to our cowardly and ineffective leader, who just a couple of weeks ago promised to buck the NRA and propose stronger gun regulations, now has reneged on his promise and has decided to adopt the NRA’s policies on weaker gun controls!  This happened after a lunch meeting between Trump and the NRA.  I’m sure the NRA picked up the tab and also left a hefty gift to Trump’s campaign chest!

We have the best Congress and President that NRA money can buy!!!!