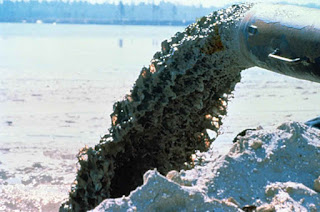 Wikimedia Commons
One of the sayings from Trump’s campaign that ihs ignorant supporters were thrilled about and still reach orgasm over when hearing it is “Drain the Swamp”.  He criticized Hillary Clinton for giving “paid” speeches to Goldman Sachs, but turned around and named a senior executive of Goldman Sachs as Secretary of the Treasury. He named the CEO of Exxon to be the Secretary of State.  Trump’s cabinet members have a net worth of over $13 billion!  He has named Betsy Devos as Secretary of Education, even though she is totally unqualified and detests the public school system, favoring “Christian schools”!  He has named a well know bigot and racist to be Attorney General. He has named many people who have absolutely no qualifications or experience, other than wanting to destroy the very departments they head. All of his cabinet members want to destroy the government regulations on the environment and business, that prevent them from making as much money as they possibly can!
It is funny that the poor fools that supported and voted for Trump will be the ones who will suffer the most under Trump’s billionaire cabinet. Unfortunately they are not smart enough now to realize that, as their environment and health are being attacked and they lose their healthcare!  Indeed Trump has drained the swamp, but created a cesspool!