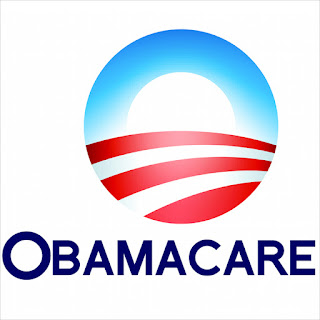 After the Republicans were unable to even take a vote on their repeal of Obamacare, House Speaker Paul Ryan admitted defeat by declaring that “Obamacare is now the law of the land”.  The Republican’s replacement for Obamacare, Trumpcare, was only favored by 17% of the American people, a dismal failure.  The Democrats did not at all support the bill, while moderate Republicans were against it because too many people would be hurt by it and The Freedom Caucus (the former Tea Party) thought it was too generous and too much like the original Obamacare. Apparently the Freedom Caucus doesn’t really give a damn how many poor people dies, as long as there  is a windfall for the wealthy!

Immediately after the defeat Trump blamed everyone but himself. He blamed the Democrats because they did not support the bill, while in actuality the Republicans are in the majority and do not need a singe Democratic vote! At first Trump didn’t blame Ryan, but just today he changed his mind and placed the blame on Ryan, suggesting he resign. If anyone needs to resign, it’s Trump! Trump then totally gave up on offering a decent healthcare bill and decided  to move on to something else to occupy his short and shallow attention span.  He was surprisingly calm about his epic failure, which is quite uncharacteristic. He did however, say he would wait for Obamacare to completely implode, which was a veiled threat that he would do everything in his power to destroy it, regardless of how many people, both his supporters and non-supporters, would suffer.   His whole life he has been a very vindictive person and he is going to retaliate for his failure and take it out on the American people, if he can.

The United States is the only developed country in the world that does not offer its citizens free healthcare, instead it has the highest healthcare costs in the world, so that CEOs of big pharma and healthcare insurance companies can receive outlandish pay packages.  The Republicans have had over 7 years to come up with a plan that would benefit the American people by offering decent affordable healthcare and keeping costs down, but all they could come up with was a plan to benefit the wealthy, while taking away healthcare from 24 million people and punishing older people, children, middle class families and women! How compassionate of them!

For the past 7 years they have promised to repeal Obamacare, the first and only healthcare plan for the American people, which just happened to be from the first Black president.  They succeeded in replacing the actual name of the plan, the Affordable  Care Act, with the name of the Black president who gave it to us, thus linking it to Obama and pandering to its racist base.  It is unbelievable how so many people support the ACA, but not Obamacare!  There is only one sensible solution to the Republican healthcare plan and that is to change the name to something associated to a white person, instead to a person  of color. Perhaps, call it White America Health Plan for Real Americans!  Then all of the GOP and surely all of Trump’s supporters can support it!  But the best thing this country can do for its people is to offer healthcare for everyone under Medicare. This will never happen because with the Republicans in Congress, if anything is to be done for the Average American, a hell of a lot more has to be done for the wealthiest of Americans who don’t need it!